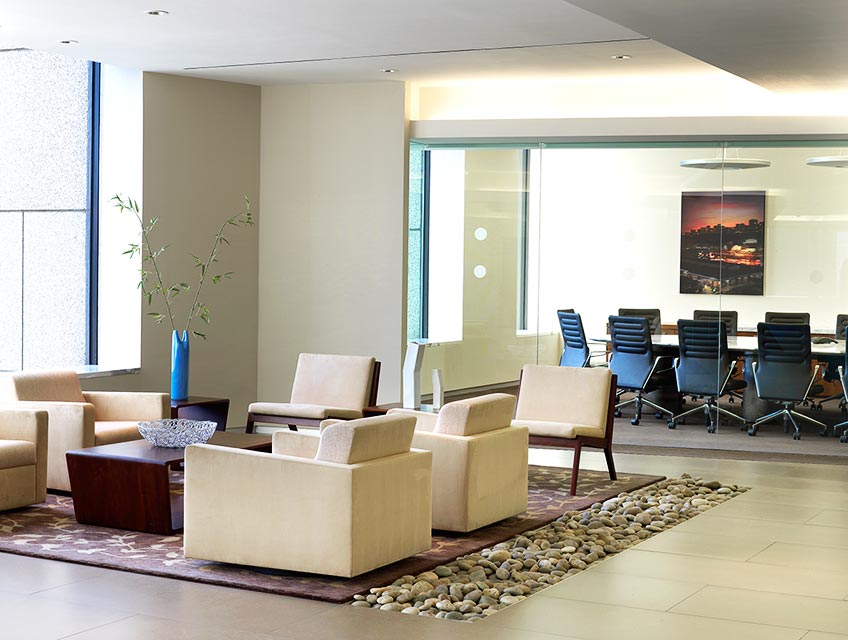 This LEED-certified, three-year project for the prominent law firm was a logistical monster: it involved shuffling fully 1,000 employees off to floors and then back onto them after they’d undergone renovation. The original interior afforded no continuity between floors, no sense of cohesiveness, and the lighting was very poor, with little to no sunshine reaching most of the workspaces. The client did, however, have a very good art collection, which proved a valuable asset for FKA’s redesign.

FKA’s goal was to foster interaction between floors, between offices, and between individuals. The design team added stairways, placing the 43rd-floor reception area and conference rooms along the perimeter of the floor, beside the windows, to take advantage of the daylight. The designers opened up view corridors, long vistas down the hallways that established a sense of visual unity. Where much of the office space had previously been bundled into the middle of the floor, now only private offices ring the core, along with other service functions.